Who is Charles Barkley?

Born Charles Wade Barkley under the sign of Pisces on the 20th of February 1963 in Leeds, Alabama USA, Charles is a 55-year-old African-American retired professional basketball player (power forward) and a sports analyst. Also nicknamed ‘Chuck’, ‘Sir Charles’ and ‘The Round Mound of Rebound’, he is best known for his highly significant presence in the NBA over the course of 16 years, during which time he established himself as one of the most dominant power forwards in American basketball history. He has had a number of successes as both a player and an analyst in his often lucrative NBA career since 1984.

Charles was raised apparently an only child in his birthplace by his parents of unknown names and professions. His interest in basketball developed at a very early age, and he was already intent on becoming a great player upon starting at Leeds High School in his hometown, where he was at the time denied a place on the varsity team and was instead listed as a reserve, due to the fact that he was 5ft 10ins (1.78m) tall and weighed 220lbs (100kg).

Later on, Barkley experienced quick development during the summer, and returned to school at 6ft 4ins (1.93m), thus earning a starting position on the varsity team as a senior. His average points per game were 19.1 and his rebounds 17.9, while he also helped his team establish a 26-3 record that took them to the semifinals, at which point he scored 26 points versus Alabama’s most highly recruited player named Bobby Lee Hurt. Having witnessed his performance, Auburn University’s head coach Sonny Smith decided to recruit Charles, and he thus enrolled there following his matriculation in 1981. 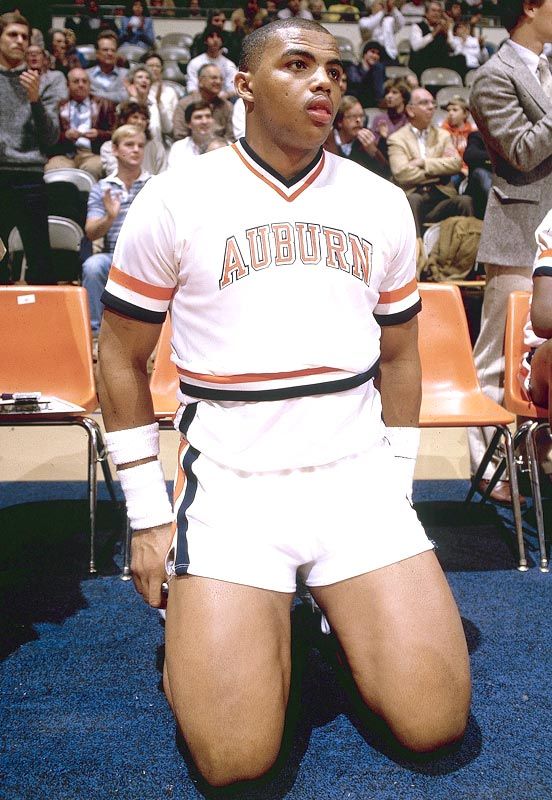 Barkley spent three seasons playing collegiate basketball at Auburn University. He had issues with maintaining proper weight, but that didn’t stop him from excelling as a sportsman, and he thus led the Southeastern Conference (SEC) in rebounding all three years. He made up for his lack of height and excess body weight with various crowd-pleasing moves on the court, which helped him become seen as any other great player with proper body measurements.

Eventually, thanks to his habit of not passing the ball after rebounding and instead of dribbling over to the opposite end of the court and finishing with a slam dunk, he earned the aforementioned nickname ‘The Round Mound of Rebound’. He played in the center position during his college years, even though he was shorter than the average center. He eventually became a member of Auburn University’s All-Century team, and still holds its record for career field goal percentage at 62.6%. Over the three years, he averaged 14.8 points per game, 9.6 rebounds, 1.6 assists, and 1.7 blocks. While still in college in 1984, he participated in the NCAA Tournament, after which he finished with 23 points per game on 80% field goal shooting, as well as 17 rebounds, 14 assists, 2 steals, and 2 blocks.

(Re) Living the DreamNBA TV will celebrate the 20th anniversary of the Dream Team with an exclusive documentary.

Charles never actually finished college, having left in his final year to enter the 1984 NBA Draft. He was selected 5th overall in the first round by the Philadelphia 76ers, two picks after the Chicago Bulls took the (eventually) legendary Michael Jordan. The team’s coach helped Charles learn how to manage his weight, and condition himself properly prior to a game. As a result, he averaged 14.0 points and 8.6 rebounds per game in the regular season and was given a berth on the All-Rookie Team. The top three seasons in his career all occurred during his time with the 76ers, with his-career high PPG being 28.3 in the 1987-1988 season, while in the 1986-1987 season, he had a career-high of 14.6 rebounds per game. On July 17, 1992, he passed over to the Phoenix Suns instead of the Los Angeles Lakers, as the 76ers pulled out of the deal. In the 1992-1993 season, Charles helped set the best NBA record for the Suns of 62-20, while he also achieved his career-high 5.1 assists per game. He remained there until the 1996-1997 season, at which point he moved to the Houston Rockets. In his very first game on this team, he recorded a career-high 33 rebounds. Since the end of the 1999-2000 season, he has been retired and working as an analyst for “Inside the NBA.”

As for Barkley’s romantic involvements, he has been married to Maureen Blumhardt since the 9th of February 1989. Though Charles is yet to get a son, he and his wife have a daughter named Christiana Barkley, who was born in the same year as their wedding. The family lives together in Scottsdale, Arizona – there hasn’t been any controversy surrounding his marriage. 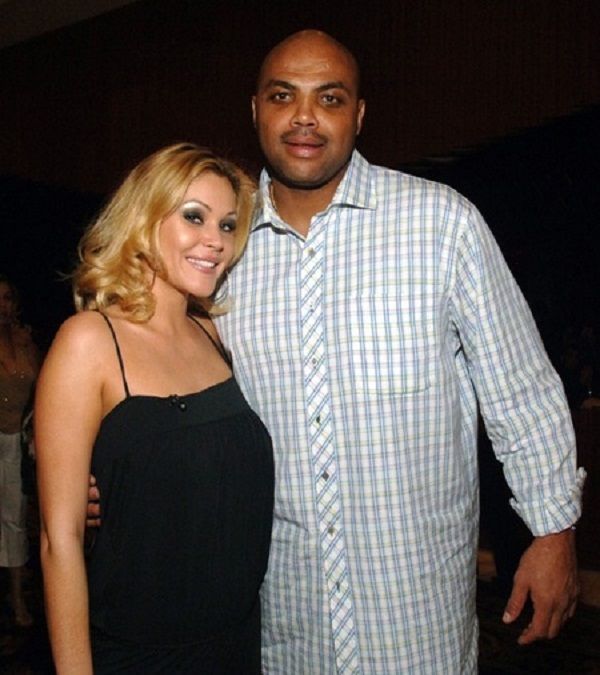 What is Charles Barkley’s Net Worth?

Net worth is close to $40 million, made largely as a basketball player and then an analyst, mostly as one of the most accomplished power forwards in NBA history.