Stéphane Plaza is a French radio and television presenter and a real estate agent, who is known for hosting several French TV shows on M6 including Recherche appartement ou maison (2006) ‘Maison à vendre’ (2007), and On ne choisit pas ses voisins (2011).

Stéphane Plaza was born on June 9, 1970 (age 52 years; as of 2022), in Suresnes, Hauts-de-Seine, France. Growing up with his cycling father and his florist mother, in Ronce-les-Bains in Charente-Maritime, he suffered from dyslexic and dyspraxia since childhood; dyspraxia is a motor development disorder that affects the coordination and automation of voluntary gestures. He received training in theater for seven years at the Maurice Ravel Conservatory in Levallois. He twice pursued Baccalauréat économique et social, but he failed at it. Later, he obtained Capacité en droit. 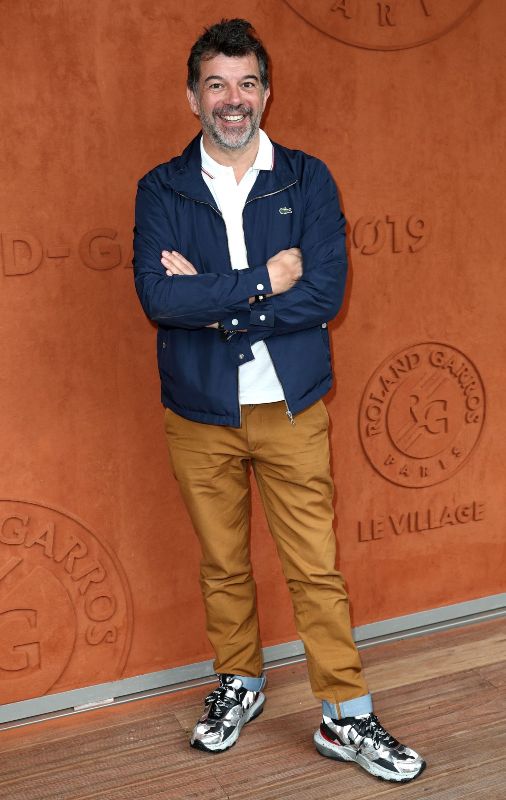 Stéphane Plaza’s father, Raymond Plaza, is a former professional cyclist. His mother’s name is, Christiane Plaza, was a florist. In 2016, his mother died of pleural cancer. 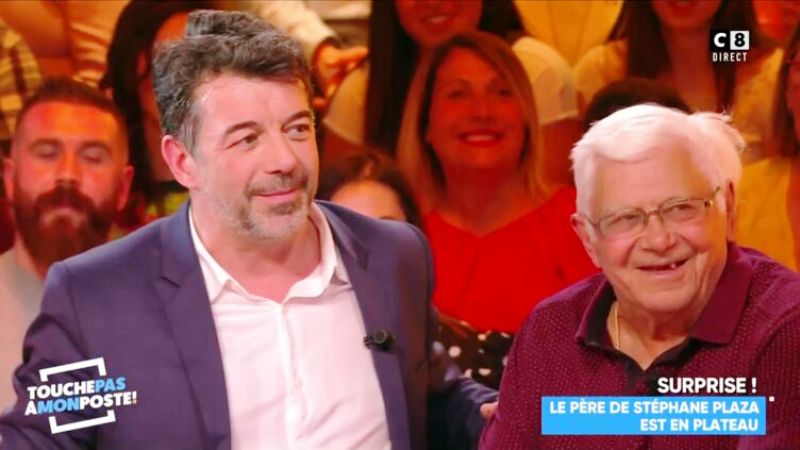 Stéphane Plaza with his father 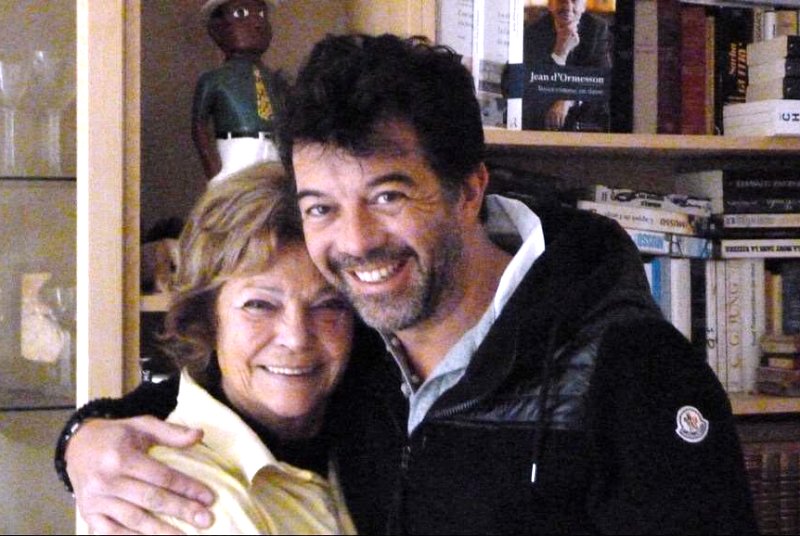 Stéphane Plaza with his mother

During his teens, his parents separated and his mother remarried. His brother, Olivier, is three years older than him. 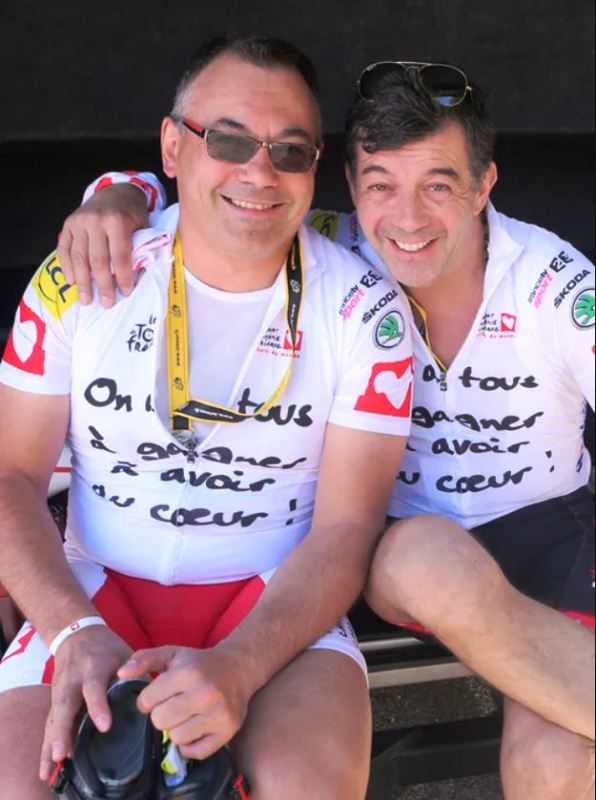 Stéphane Plaza with his brother, Olivier

Stéphane Plaza is rumored to be gay. . However, while talking about his love life in an interview, he said,

At the beginning of his career, he worked for the French National Railway Company SNCF.  In 1987, he joined his cousin’s real estate agency, where he worked for fourteen years. While talking about his work at his cousin’s agency, he said,

I started working very young. At 17, I was doing replacements in the agency where my cousin worked. I liked it right away. At first, I was in charge of rentals. Then I was entrusted more serious things, such as sales. As I was doing well, I was hired”

His experience as a real estate agent led him to venture into the entertainment industry.

In 2005, he took part in a real estate fair, where he was noticed by M6, which sought a host for its upcoming program ‘Recherche appartement ou maison.’

In 2006, he came into the limelight when he presented the show ‘Recherche appartement ou maison.’  In the show, real estate professionals help families find the apartment or house of their dreams. 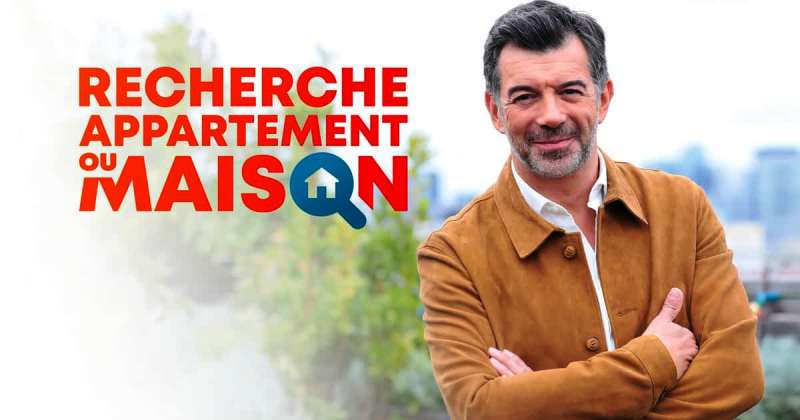 After the success of ‘Recherche appartement ou maison,’ Stéphane Plaza started presenting the TV show ‘Maison à vendre’ (2007). In the show, he helps families sell properties that have not found a buyer for a long time by giving many tips on how to make a house more attractive and providing his expertise on market prices. 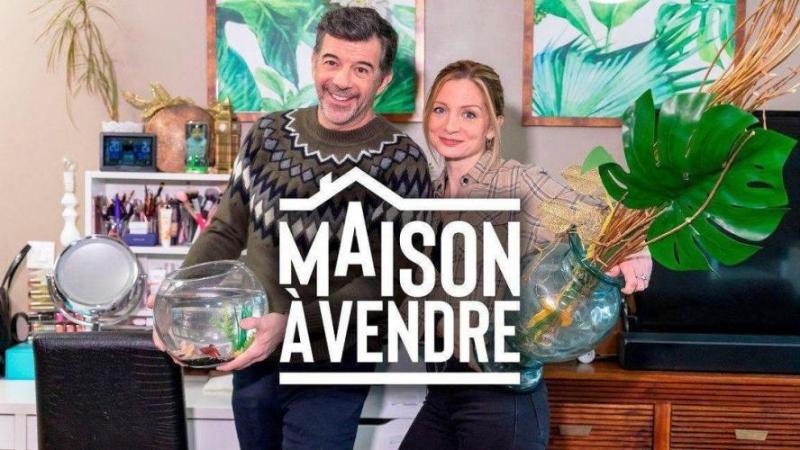 In 2010, he started hosting the weekly show ‘Les experts… c’est vous !’. In the show, Stéphane Plaza travels around France and invites himself into a family to discover the best tips and tricks in a variety of lifestyle topics like cooking, gardening, decoration, fashion, health, beauty, fitness, leisure, etc. 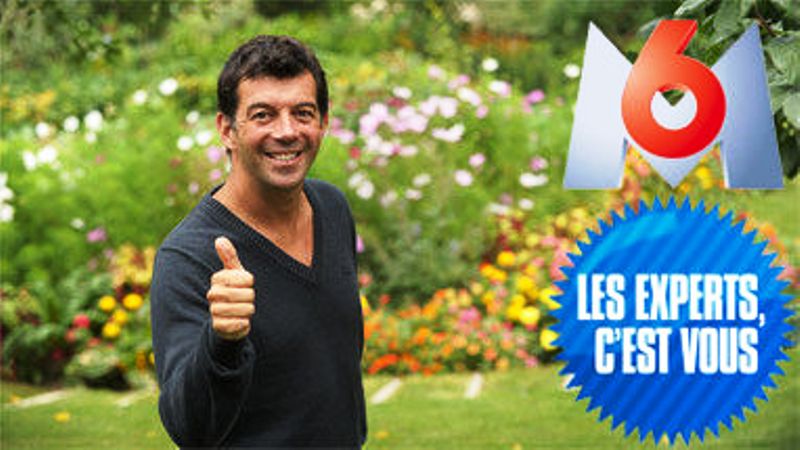 By the age of 48, Stéphane Plaza was hosting three programs a week, meanwhile developing his own real estate agency as well. In 2010, he appeared as a contestant in the French reality TV show ‘Pékin Express: Duos de choc’ in which he was a teammate of Sandrine Corman. The duo secured the third position in the show. 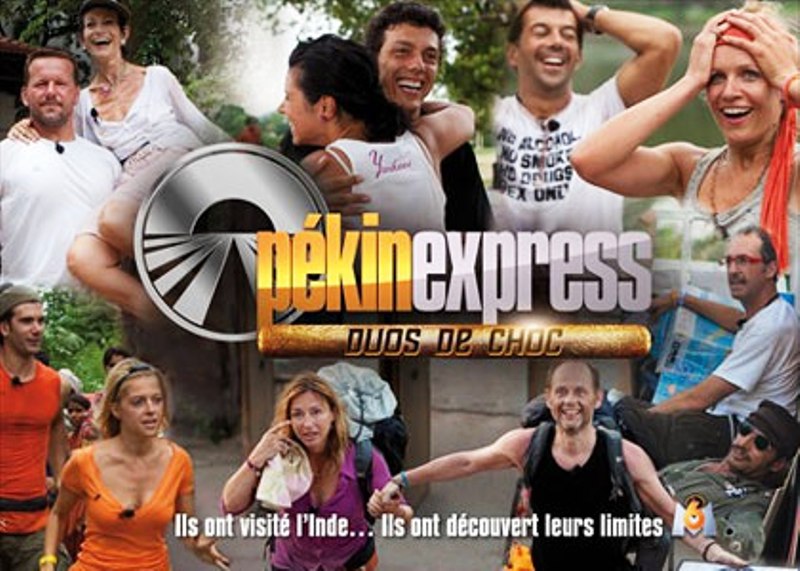 From 2011 to 2013, he presented ‘Ma maison est la plus originale.’ In the show, a panel of 3 experts goes all over France in search of the most original house. In 2011, he started co-hosting the show ‘On ne choisit pas ses voisins,’ along with Karine Le Marchand. Each episode of the show featured a family with unbearable neighbors. In the show, Stéphane and Karine’s mission was to eliminate the crisis between the neighbors to get everything in order in the neighborhood. He hosted the show until 2014. 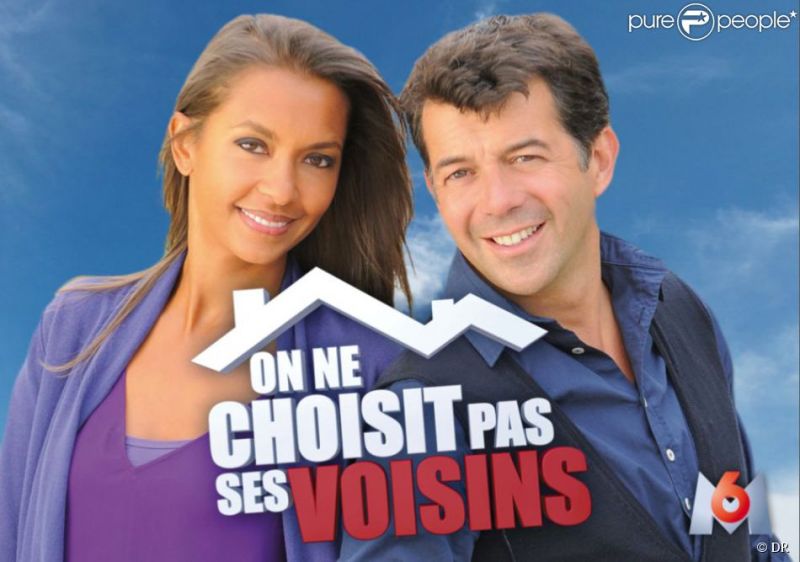 From 2014 to 2016, he co-hosted the game show ‘Qu’est-ce que je sais vraiment ?’ along with Karine Le Marchand. An interactive quiz, the show allowed the audience to test their general culture and develop their knowledge via the 6play application. 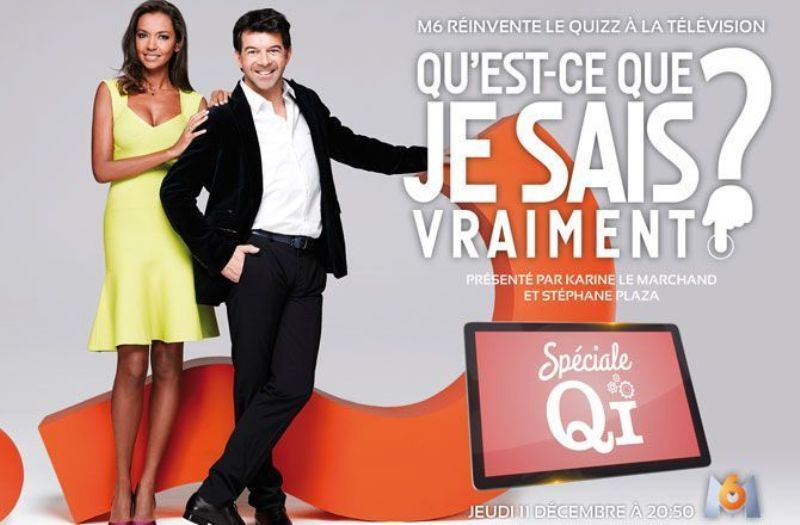 Since 2015, he has been hosting the TV show ‘Chasseurs d’appart.’ In the show, three real estate agents compete for five days to sell a house or an apartment. The real estate agent who collects the most customers for the properties wins the sum of 1,000 or 3,000 euros. Other prominent shows hosted by him include Cette maison est pour vous (2019), Tout changer ou déménager (2022), Rénovation surprise (2022)

In 2012, he also tried his hand at being a radio host on RTL, in the program Plaza vous Z. In September 2016, he joined French television presenter Laurent Ruquier band for the daily comedy radio program ‘Les grosses têtes,’ which aired on RTL.

Stéphane Plaza started his journey as an actor in 2001 when he played the minor role of a flower delivery man in an episode of the TV show ‘Le Groupe,’ telecasted on France 2. 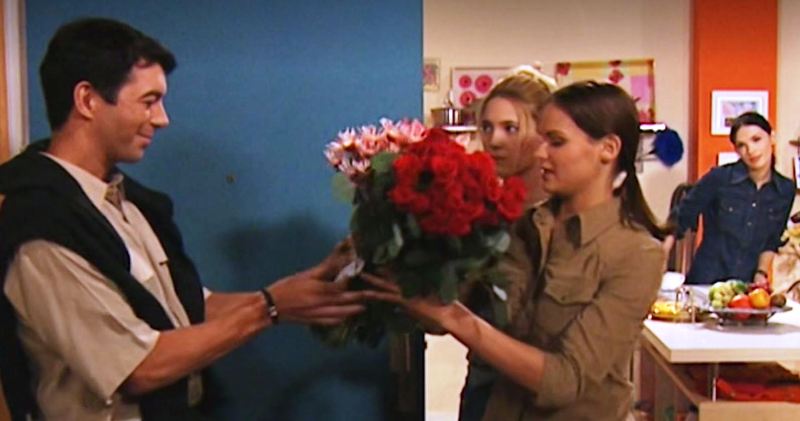 He appeared in the TV series ‘L’homme de la situation’ (2011) in which he played the protagonist, Alexandre. Telecast on M6, the show follows the immature and lazy man Alexandre, who, after running away on his wedding day, starts working as a nanny for a mother of three children.

In 2018, he appeared in the lead role of Zac in the French comedy film ‘J’ai perdu Albert.’ In the film, Chloe lives a successful life as Albert Einstein is in her mind, but one day, Einstein decides to move and chooses the body of a depressive beekeeper named Zac. 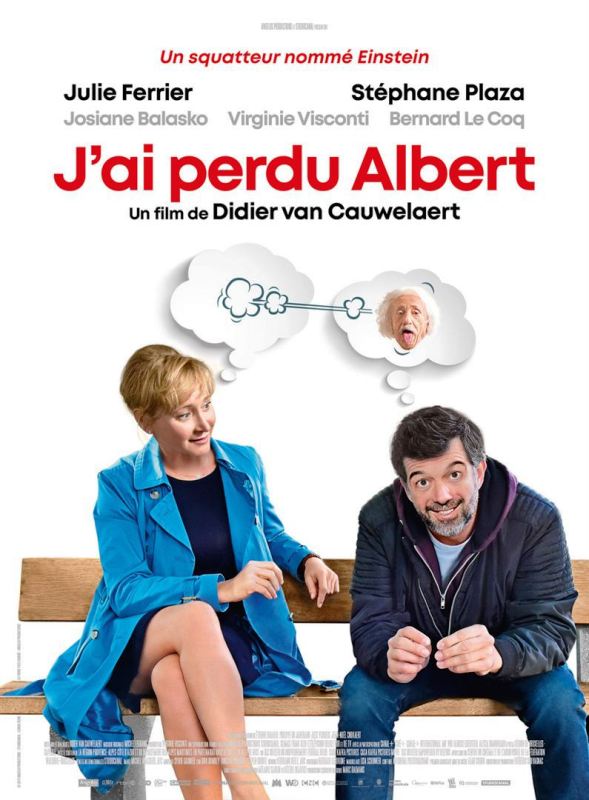 In 2020, he appeared in the episode titled “Dilemme” of the crime-drama TV series ‘Le juge est une femme’ as Nathan Gallois.

In 2015, he starred in the French comedy play ‘À gauche en sortant de l’ascenseur’ by Gérard Lauzier, staged at Théâtre Saint-Georges, Paris. In the play, Stéphane played the protagonist Yan, a popular painter who falls in love with a married woman named Florence.

In 2016, he played the role of Paul Achard in Sylvain Meynia’s play ‘Le fusible.’ The play follows Paul, a 45-year-old businessman, who, on the eve of selling his company, wants to leave his wife and change his life. To organize this project, Paul confides in his friend Michel, who is a naïve computer genius and blunderer. 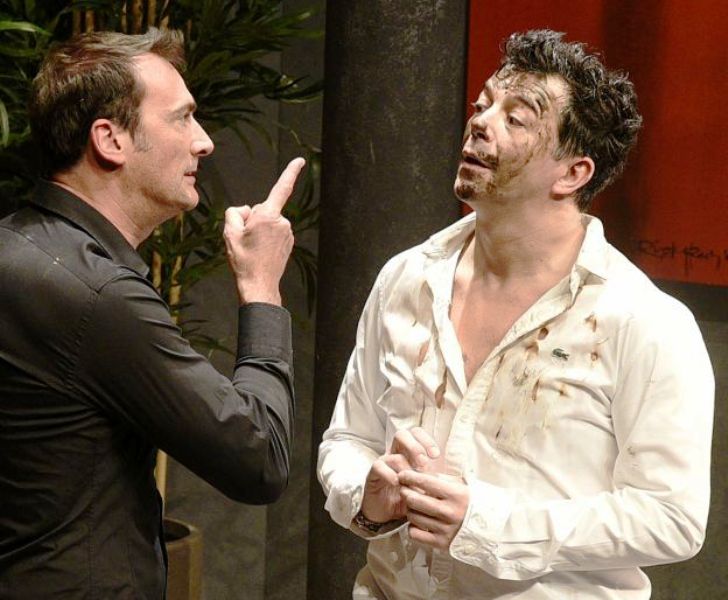 Stéphane Plaza as Paul Achard in the play Le fusible

In 2022, he appeared in Laurent Ruquier’s comedy play, Un couple magique, alongside Valérie Mayoress and Jeanfi Janssens. Staged at Théâtre des Bouffes Parisiens, Paris, in the play Stéphane played the role of a magician named Pierre-François Kadabra who struggles to keep his assitant and crush Claudine from being dissmissed by his agent. 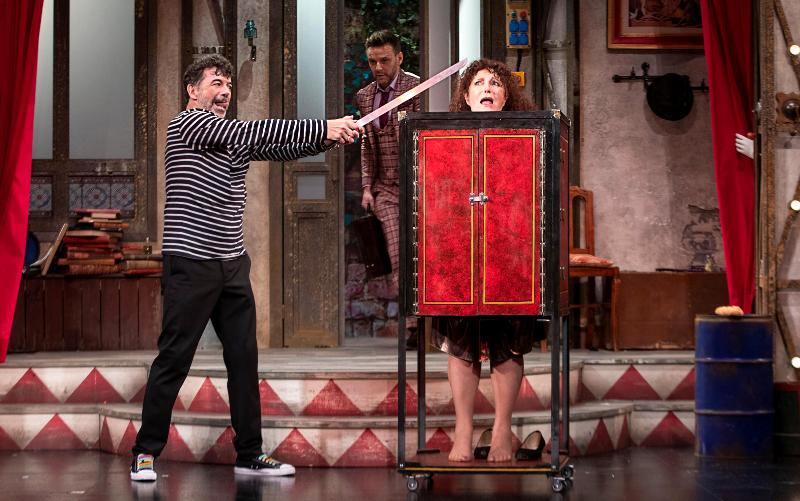 In 2008, he co-authored the book ‘Recherche appartement ou maison’ along with Yves Charcot. 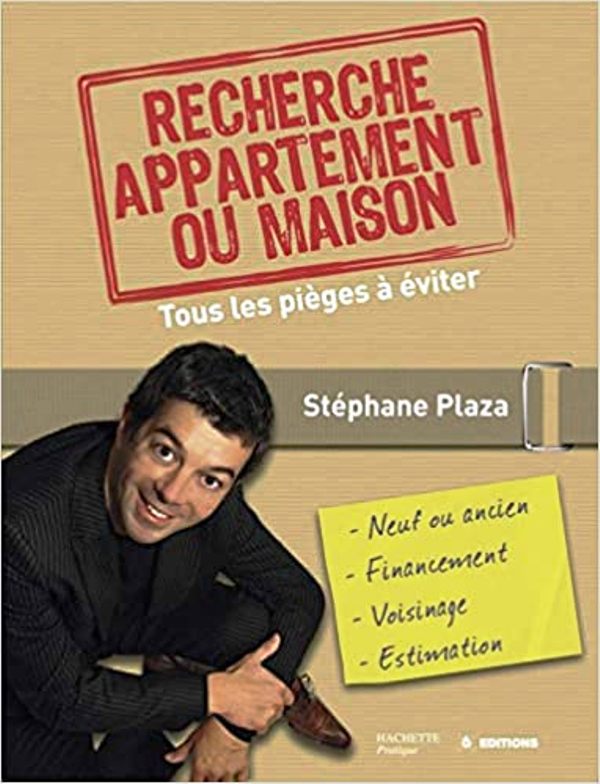 In 2010, he published his second book ‘Valoriser votre logement.’ Apart from the host of ‘Maison à vendre,’ he also worked as the writer of the show.